What does the load number mean?

The load number is a unit-less value that looks at the volume and intensity of a workout, based on total distance and an athlete's Rating of Perceived Exertion (RPE) for a single session. Load is an indicator of how hard a workout is on an athlete's body.

Every athlete will have a different load number, as each athlete's perception of a session's difficulty level will vary.

Other data relevant to load monitoring, such as risk of injury, target load, monotony, and strain will be relative to an athlete's own numbers. This means that the significance of training load is not based on the actual value of the number, but on the progression of individual athlete's load numbers - how much do they normally do? 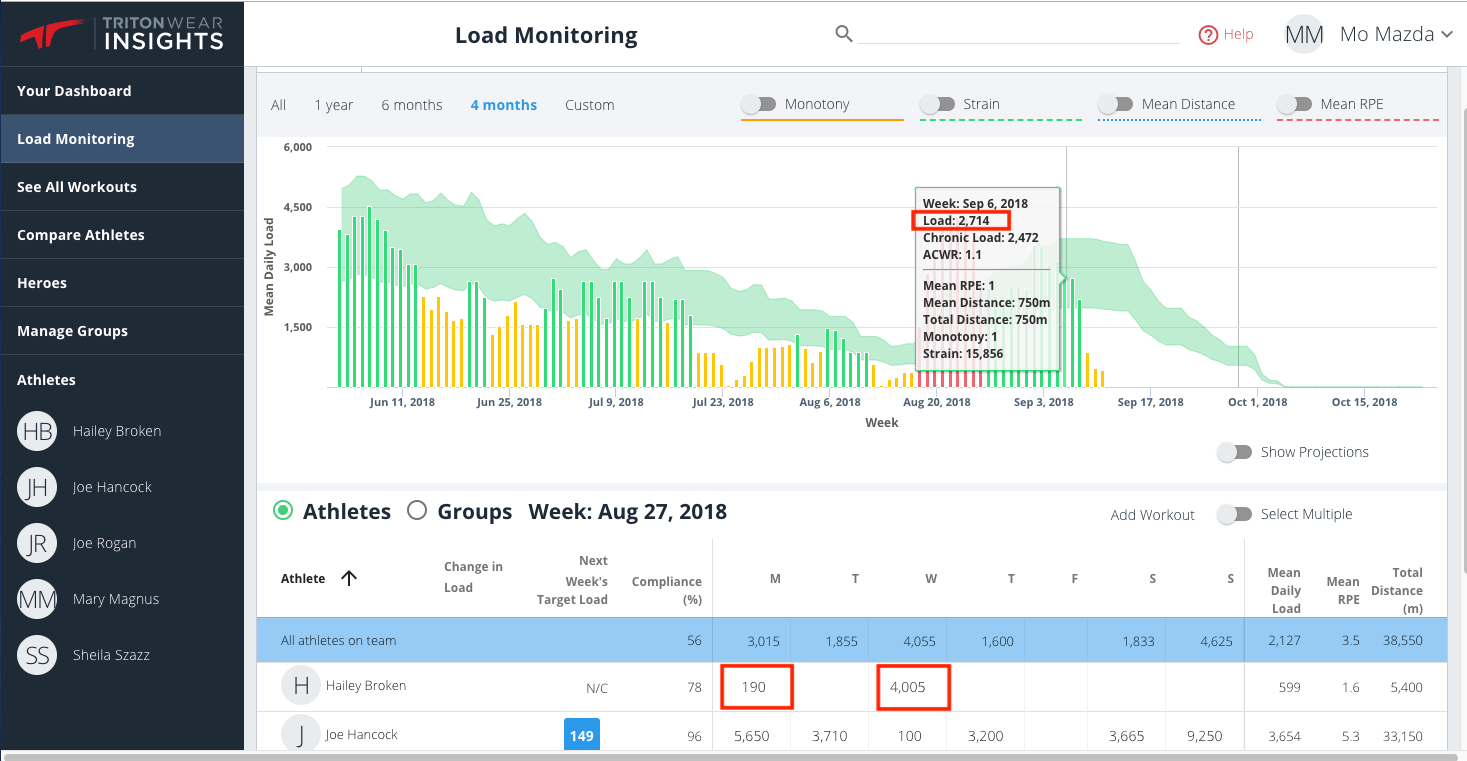